Nose bleeds occur abruptly and can be scary, in most of the cases there is no identifiable reason which makes it even more intriguing for the victim. Nose bleeds are common in people over the age of 50 and children below 10 years.

Excessive use of NSAIDs, clotting disorders, liver diseases, and kidney diseases, use of blood thinners, hypertension, and side effects of antihistamines, platelet reduction, and chronic alcoholism are also causes of nose bleeds which are less common but of serious nature.

Home remedies for nose bleeds are effective ways to stop the bleeding and prevent it from occurring frequently.

Applications of vitamin E oil are another very effective home remedies for nose bleeds. Puncture a capsule of vitamin E oil in the morning and dip your small finger in it, apply in your nostrils, you can also use Q-tip to apply the oil it will let you reach deeper into the nasal cavity. This works for preventing and also for stopping nose bleeds.

Smelling mud is one of the best home remedies for nose bleeds. Take a stone of mud and make it damp by sprinkling few drops of water, or you can take loose mud add few drops of water and press it to make it bit solid. Keep this right under nostrils and sniff. The smell of wet mud can stop nose bleeds occurring due to mild reasons like foods with hot potency, weather changes etc.

Apple cider vinegar also provide simple and quick to use home remedies for nose bleeds. Just dab a small cotton ball in vinegar and block one nostril with it, keep your head in a position where apple cider vinegar does not flow back into the throat. Let the cotton ball stay for few minutes and later repeat for another nostril.

Inhaling steam in the morning is also one of the best home remedies for nose bleeds. Just add couple of glasses of water in a bowl and keep it to boil. Inhale the steam, block one nostril and inhale few times and then block another. Repeat this process for few minutes to prevent nose bleeds.

Take a cup of lukewarm water, add half teaspoon each of common salt and baking soda, collect the mixture in a syringe and stand in position where your nasal opening is pointed downwards. Put some mixture in each of your nostril one-by-one, repeat it few times for each nostril, this remedy on regular use prevents nose bleeds effectively. This is one of the widely used home remedies for nose bleeds.

Pinch Your Nose To Stop Bleeds

If you just had nose bleed pinch your nose on both the sides right at the place where nose bone ends, sit straight while doing this and do not tilt your head backwards as it will allow blood to flow back into the throat.

After 10 minutes or so, bleeding shall stop if it is due to mild reasons. You can gently extract out the blood in nostrils and sniff some cold water, do not sniff it strongly, just enough to give a cold wash to your nostrils. These steps work as effective home remedies for nose bleeds.

Ice works as one of the easy to use and fast-acting home remedies for nose bleeds. Take sufficient ice, crush it and wrap in plastic sheet or bag. Make this bag little bigger so that it can cover entire nose, place this bag in a way that it covers the nose fully and let it stay for few minutes. This will stop the bleeding in seconds.

Putting few drops of castor oil is also one of the easiest home remedies for nose bleeds. Take oil in a syringe and insert it beyond nose bone, just put few drops of the oil in each nostril and sit straight so that oil flows out of nostril and not into the throat.

Avoid foods which are hot in potency and cause thinning of blood like ginger, garlic, etc., and drink plenty of water. You can use a vaporizer in your bedroom to increase humidity, air-conditioning causes dryness so take some time out of the air-conditioned environment to avoid dryness in nostrils which can cause nose bleeds. 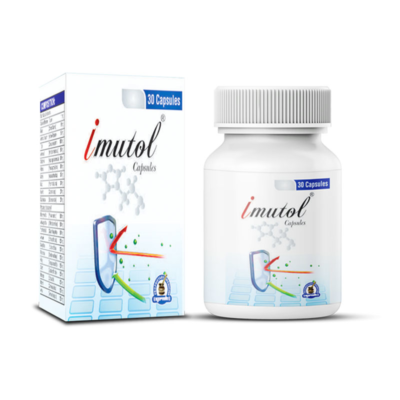